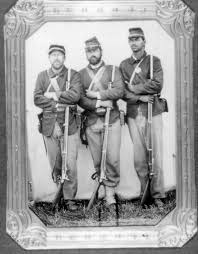 George Prangle Copeland was the sixth of ten sons born to Robert Hatten Copeland  (commonly called the “Snake Man” because of a birth defect). The family could proudly claim their connection to a long line of patriots who had settled in America before the Revolutionary War.  Despite being disabled, Robert had refused to own slaves, not only because he frowned on the very idea of ownership of another human being, but he also believed that all of his sons could easily handle whatever needed to be done to keep the family farm running smoothly.

But the rhythm of their lives began to crumble when Gerorge's mother, Sarah Minerva, developed "dropsy" (an old-fashioned term describing edema or excess fluids in the body) and died at age 48, leaving behind her husband, nine sons and only one daughter who found herself responsible for handling all the household chores and comforting her father when he grieved for his wife and – severak years later – his sons.
The crumbling of life as they knew it continued as their beloved country got closer and closer to war - not against foreign powers - but against fellow Americans.  Since Robert was both disabled and too old to fight, he could only serve as a bridge tender and stand on the sidelines while watching his sons march off to war.  Six came home after the fighting stopped. Two did not. 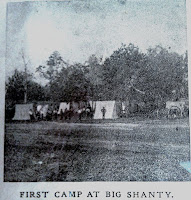 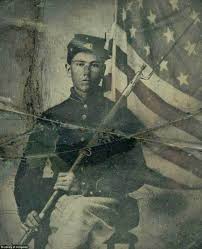 Impatiently, 17 year old George continued to plead his case to his father, asserting that he considered himself old enough to join his brothers in the war effort of the South. Finally, in 1862, Robert gave in and reluctantly gave George permission to join the Heard County Rangers at Camp McDonald in Big Shanty, Georgia which had recently been incorporated into Georgia's 41st Regiment under the command of Lt. General John Pemberton.


Since they were so badly needed, training did not last long and within a few months, the young Georgians were on their way to Mississippi to join the troops fighting to prevent Major General Ulysses S. Grant's much stronger Army of the Potomac from taking control of the town of Vicksburg which was built on a bluff overlooking the Mississippi River, thus controlling all river traffic bringing food and supplies to both the Confederate and Union troops.


Despite the Southern troops' firm expectation that the Confederate Army could and would defeat General Grant's troops quickly, the siege actually continued for 46 days, by which time, thanks to the Union Army's blockade of all traffic except theirs on the river below, the Georgians not only ran out of food and ammunition, but discovered that they couldn't replenish any of their supplies, thanks to blockades strategically placed by the Union Army along the feeder roads.

Finally, General Pemberton was forced to surrender himself, his officers and his troops to General Grant on July 4, 1863 (definitely not Independence Day for the South).   It was  a deadly blow to the entire Confederacy!  By the time all the fighting ended, 2,166 Confederate officers, 27,230 soldiers, 172 cannons and almost 60,000 muskets and rifles had been captured or lost.

18 year old George Prangle Copeland was among those captured

and imprisoned.  Perhaps because of his young age or the fact that the prison was badly overcrowded,  he was eventually granted parole on the condition that he pledge that he would never take up arms against the North again.  It wasn't long after taking that pledge that he learned that a train bringing fresh troops to the Union Army fighting in the South would be passing through Vicksburg and he could get a ride at least part of the way home. 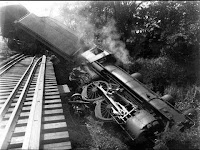 But he never arrived!   On September 26, 1864, perhaps because it was going too fast, the train derailed as it started around a curve three miles north of Fort Valley, Georgia, The casualties were horrific. 37 passengers were badly hurt and six, including George, were killed.  The next day, the "Macon Daily Telegraph and Confederate" newspaper  published a list of casualties.  They were: Thomas Kerley, L.H. Durden, W.J. Buhart, W. A. Sanders, Kirkpatrick (first name unknown) - and G. P. Copeland. 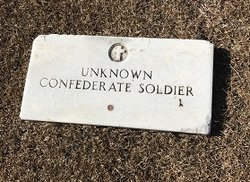 Perhaps it would have eased some of the family's pain if they had known that George did not die alone or unattended.  As soon as the townspeople heard the crash, many of them had run out of their homes and assisted in the care of all who had been injured while burying those who had died, including George who was buried alongside other slain and unknown Confederate soldiers in Section C of Oaklawn Cemetery.  Placed on their graves was a memorial plaque reading:

"Confederate Dead Here rest, known to God, more than 20 Confederate Soldiers, most of whom died in the Confederate Hospital located in Ft. Valley in 1864 - 1865.  Some of these men were killed in Troop Train wreck 3 miles north of the city while en route to rejoin the Confederate Army of Tennessee.  Located here were the Buckner and Gamble Hospitals and several temporary ones.  Patriot men and women of this vicinity assisted in the care of the sick and the wounded." 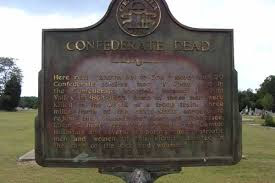 It was only after the war ended, that Robert discovered that all but two of his sons had survived and were coming home. Those two were George and his older brother, Asberry, who had died of his injuries in a Lauderdale Springs, Mississippi Confederate hospital and was also an unknown soldier buried in an unmarked grave.  A few years ago Asbury's grandson, a genealogist who had researched the hospital records, received permission to have Ashley's name engraved on one of the cemetery's unmarked grave stones and the event was memorialized during a formal ceremony honoring Ashley's life and service.