Noe family tradition includes stories about the severe persecution their Huguenot Protestant ancestors suffered at the hands of the Catholic majority until finally forcing them to flee Scotland on the "Bontekoe" which brought them to the shores of America in 1663.

After adjusting to their new lives in a new land and getting advice from people who had arrived before them, the family made their way inland along the Mississippi River until finally settling on a mountainous area called Botetourt County (Sometime later the name was changed to Fincastle County, which was then split into three counties called Montgomery, Lee and Kentucky.

It was there that they met the Patrick family who had also migrated from Scotland and lived nearby. So it was no surprise that their children, 20 year old John Calvin Noe and 17 year old Elizabeth Patrick, who had known each other all their lives, took their childhood to a new level when they married in 1765 and started a family of their own.
Hugh Patrick
1732 - 1814 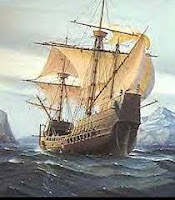 Hugh Patrick was a first generation American whose father had been born in Scotland and was transported to America in 1725 as an indentured servant.  Over the years, the Scottish surname of McPhatrick had evolved into Mcffathrick and then Gilpatrick before becoming “americanized” into the simpler name of Patrick. 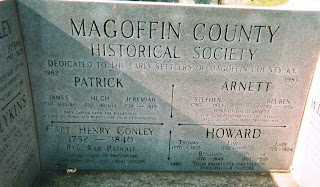 He and his brothers, James and Jeremiah Patrick, all proved themselves to be canny negotiators who accumulated large tracts of land along the New River through purchases, trades or grants.

The Noes and Patricks go to war! 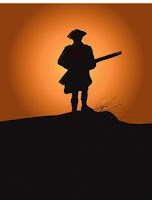 Thanks to the British having supplied the Native American tribes with guns and instructions on how to use them, their attacks against the settlers in Virginia and Kentucky intensified.  As a result, many of the settlers who found themselves facing constant danger without a central government to call on for help, fled.

All males who had decided to remain in the area, however, were required to take the Oath of Allegiance to the Commonwealth and join a militia.  (a militia is and was composed of non-professional soldiers who can be called upon for military service in the local area whenever needed.)

Among those deciding to stay and fight with the local militia under the command of Captain John Draper were 32 year old John Calvin Noe, two of his sons, John II and Samuel, and his father-in-law, 43 year old Hugh Patrick.

Each militia was occasionally visited by a Virginian, Colonel Stephen Trigg, who had been assigned by General Washington to list every man in the region who had sworn an oath of allegiance and joined a nearby militia.  Always hungry for knowledge about what was happening outside their corner of the world, he was warmly welcomed and, in return, he was willing to share whatever he knew or had heard about events taking place in the rest of the territory.
It is possible - and even probable - that after gathering to hear Colonel Trigg's report on the build up of enemy strength in  Harrodsburg, Kentucky,  some of the men decided to leave their  militias and join the Colonel's troops.  Or perhaps  their willingness to follow him had more to do with his reputation as a brilliant soldier who always seemed to win. Soon after visiting Captain Draper's militia, Colonel Trigg left for Lexington where he planned to spend some time with Colonel Daniel Boone, the commander of Bryan's Station, a fortified settlement.  However, before he reached his destination, he received intelligence from one of his informants that some 450 Indians and British Canadian Rangers were planning a surprise attack against Boone's settlement in the very near future.


Thanks to his solid reputation among the people in the area, Colonel Trigg was soon able to recruit 135 local militiamen who were willing to assist Col. Boone and his troops in defending the settlement.  It was only after he was sure that Bryan's Station was secure that he was finally able to continue his journey to Blue Licks (where he lost both the last battle of the war - and his life). 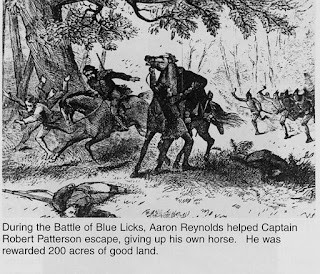 It was while he and his troops were approaching “Blue Licks”,  a salt lick for cattle and wild animals on the Licking River, that Trigg's officers learned of a trap which had been set up to capture and kill them.  But while they were devising a plan to defuse that situation, a number of the troops became so restless  that they ignored orders and raced across the river ahead of their officers.


In an attempt to re-impose discipline, Trigg and his commanders split up their troops into three columns, with Trigg commanding the most vulnerable column on the right.  After only five minutes of battle, all of Trigg's  men had panicked and retreated, leaving him alone - and dead -  in one of the last battles of the American Revolution.

When the troops finally got brave enough to return to the scene of the battle, they found the colonel's mutilated body which they buried with the soldiers who had fought at his side in a mass grave near the battle site in an area which became known as Trigg County, Kentucky.

The rest of the story