John William Blakely (or Blakeslee, as the name appears in a number of DAR applications) was born in Antrim, Ireland. His wife, Rachael Orr, was born in England.  Records show that his family traveled with the Copelands and Adairs from Pennsylvaia to South Carolina and it is believed that they first settled in York County and then Craven County, SC

They had seven sons and three daughters, one of whom (Margaret) married their neighbor and friend, John Copeland. He and his wife both died at age 80. According to historical records only one of their 9 children died before the age of 80 and that son left guardianship of his daughter to his brother-in-law and sister, John and Margaret Copeland.

There is no specific information about John's service during the Revolution except that he was a private in the South Carolina Militia under a Colonel Anderson and drew full pay for services in the Revolutionary War.  At the time he served, he would have been in his early 60s.

A search of historical records shows there were only two Colonel Andersons fighting in South Carolina at that time, and it is probable that John reported to one of them. They were:

John Copeland - A Soldier in the Revolution

Although it might seem that most of the battles fought during the Revolutionary War took place in the Northeast, records from that time reveal that there were actually over 250 battles occurring in South Carolina - more than almost any other state. Eleven of them were in Laurens County, South Carolina where two of the men featured below (John Copeland and John William Blakely) lived, fought and died.
Most of these battles were fought under the leadership of Colonel William Bratton, one of the better known warriors in South Carolina . He brought about one of the very (first acts of rebel defiance following the devastating surrender by the top echelon of patriot commanders in Charleston, SC, and went on to become one of General Sumter's regimental commanders. (http://www.virginia1774.org/Southern Record.pdf


17 high ranking American officers were taken prisoner during, and immediately after, the fall of Charleston on May 12, 1780.  As a result, the overarching brigades and regiments of militia were disbanded and left to their own devices.

After this devastating defeat, the militia leadership realized that the best way to combat the British was to create more mobile units - on horseback. Their reasoning was that militia infantries simply could not face the British regulars, so why bother establishing more units of infantry within the militia regiments which would probably be mauled at every skirmish or battle? Therefore, virtually all new units of militia were Light Dragoons - mounted infantry.
< font-size: large;">(http://www.carolana.com/SC/revolution_sc_troops_1780_06_01.html)
. . . And born in Ireland 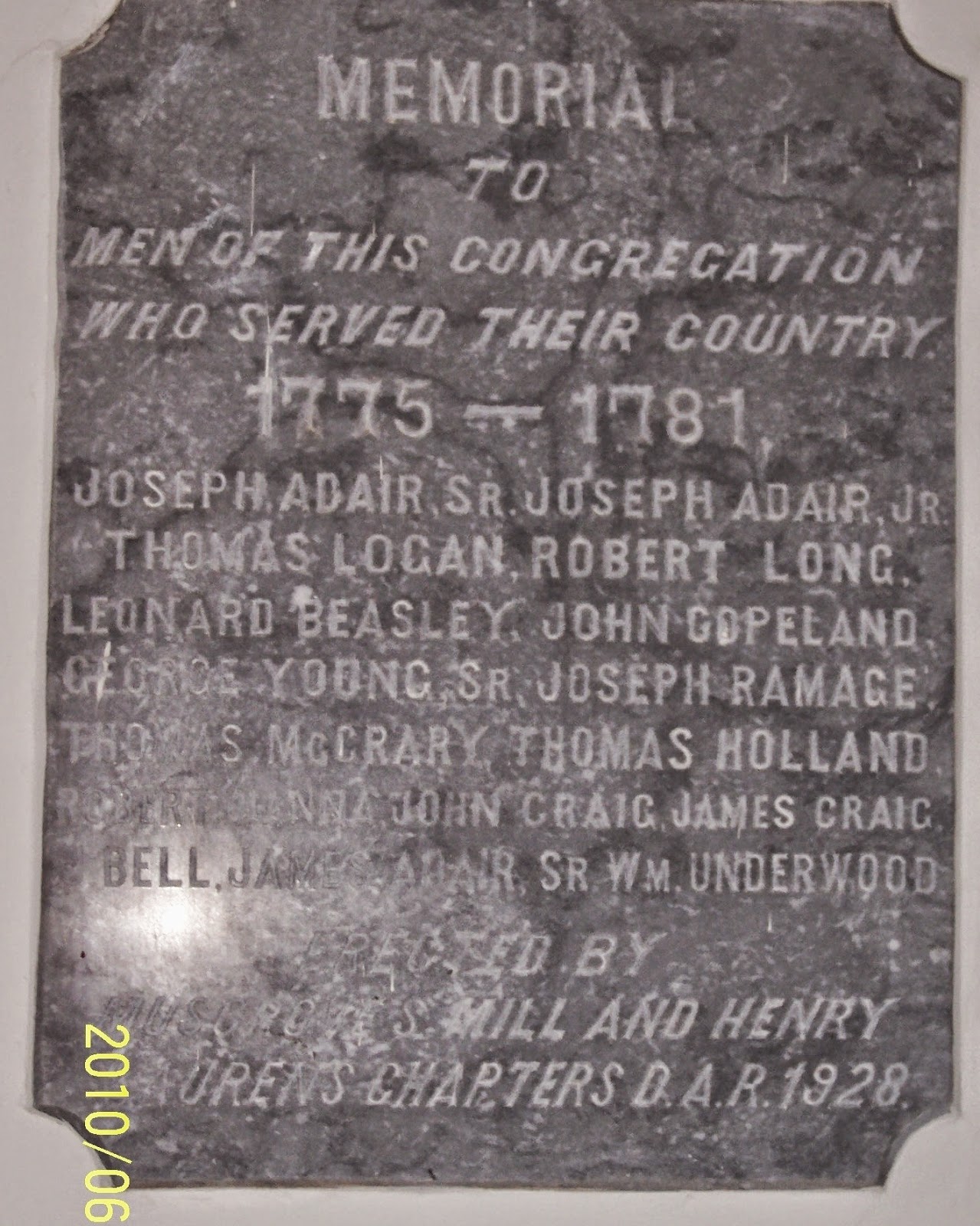 John Copeland was born in County Down in the Ulster Providence of Ireland and died in Laurens County, SC. After immigrating to America with his father and siblings, the family settled in Pennsylvania. When John was still quite young, he and his father traveled with a band of Scots-Irish immigrants which included the Blakelys (one of whom was John's future wife, Margaret Blakely) to South Carolina where they settled on land near the Enoree and Tiger Rivers in Craven County (eventually re-named District Ninety-Six and then Laurens County, SC).
After their marriage, Margaret and John Copeland acquired large tracts of land through purchases, grants and a gift from John's father, George, who eventually decided to return to Pennsylvania to join the rest of his family. John was often listed as a surveyor on land transactions in the area. The Copelands had seven children, all too young to have fought in the war, although one is thought to have been born in a fort after the war started.  His first child, George, was the direct ancestor of this Copeland line.

In 1780, at age 32, John joined the local militia as a private in the "New Acquisition District Regiment" and was later promoted to lieutenant .  His service is documented as a lieutenant in the "Roster of South Carolina Patriots of South Carolina in the American Revolution"  and served as a lieutenant under:   (http://www.carolana.com/SC/Revolution/patriot_military_sc _lieutenants.htm
John was paid the sum of 2, 10 shillings sterling for services rendered in Col. Bratton's Regiment, which was documented in the records of the State of South Carolina, His service during that time has been confirmed by both the Sons of the American Revolution (SAR) and the Daughters of the Revolution (DAR).


John died in Laurens County, SC.  He and his wife, Margaret are buried in the Duncan Creek Presbyterian Church Cemetery.  The original broken grave markers were replaced by one large stone  in 1956 at a Copeland homecoming ceremony, and the names of their children were engraved on the back of the new marker. The headstone reads: "Sacred to the memory of John Copeland, Senior, who departed this life September 7, 1826, age about 78 years." and "Sacred to the memory of Margaret Copeland, consort of John Copeland, Sr., who departed this life February 27th AD 1844.  Age about 86 years." There is also the inscription "Served in the Revolutionary War in Col. William Bratton's Regiment". 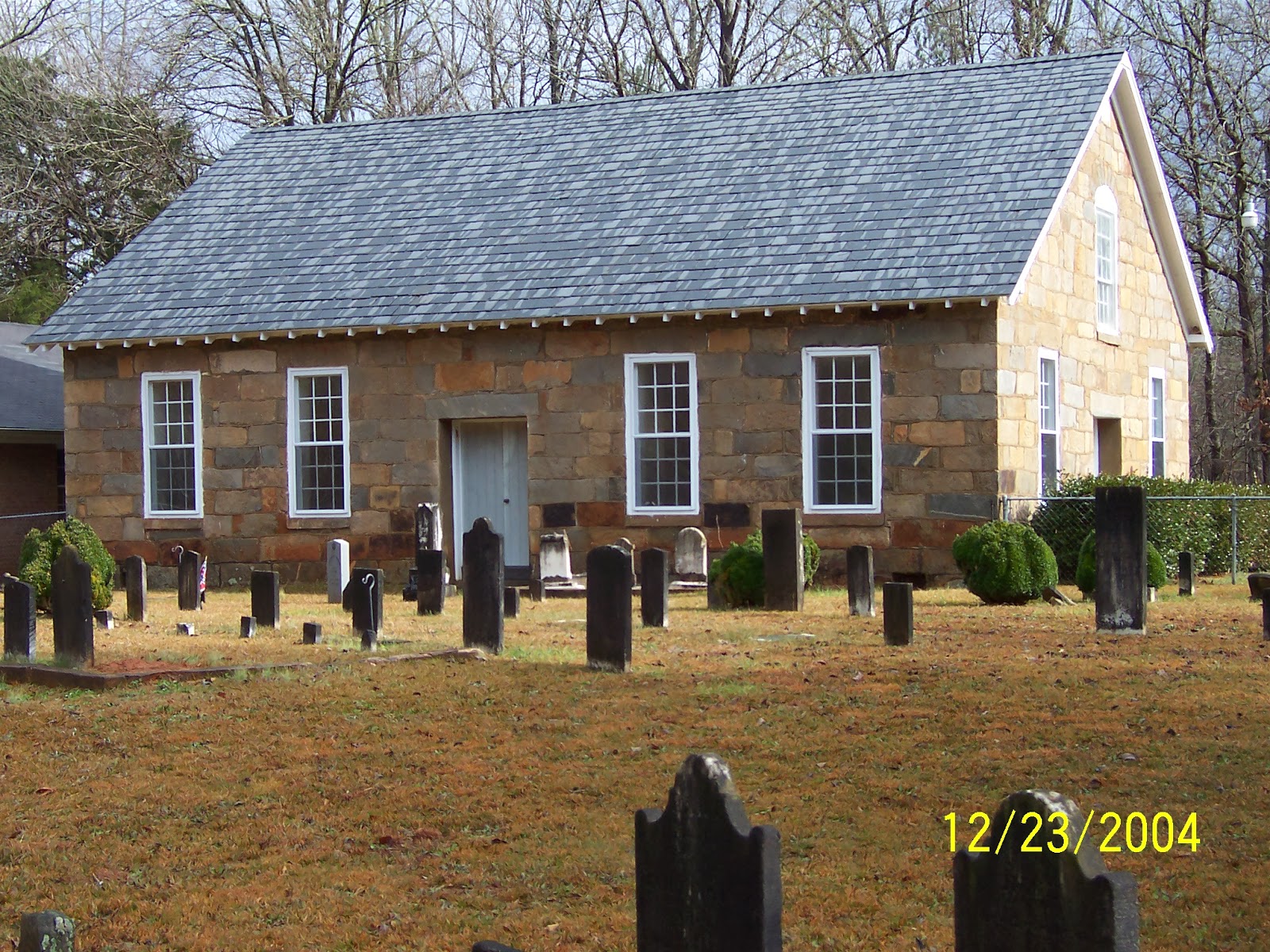 The original church was burned to the ground but re-built in 1843 and its membership still includes Copelands.