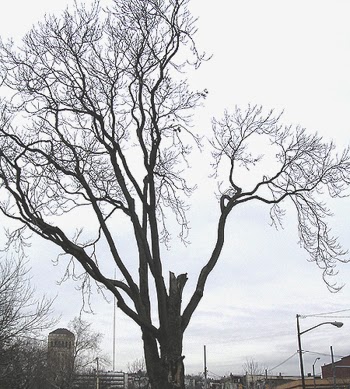 This branch of the Dickerson family tree was, if not lost, certainly misplaced.  One reason was that the genealogy records on William Vincent Dickerson and Elizabeth Martin gave no details beyond the fact that they were married in 1824 and their fourth child, Hiram Dickerson, was born in 1833. Their full story hid  behind a proverbial "brick wall".

But curiosity can be a great motivator, especially when genealogical research continually points to a William Smith Dickerson who was also the father of a Hiram and husband of an Elizabeth Martin in the same time period.  Trouble was  this William Dickerson had children much younger than Hiram and his middle name was Smith.  Obviously, you can ignore strong pointers like these just so long! 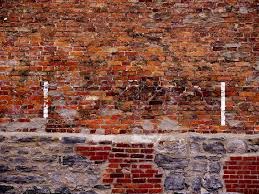 Finally, one night the brick wall started crumbling because of  something as simple as browsing through genealogy message boards.  What was found there was a message posted several years before which made it clear that there could be much more to the story than ever suspected.

The writer was Almeda Lappin, who had spent a good portion of her life researching William Smith Dickerson with her cousin, Margaret Shawver.  Their research included chasing down records in various court houses and interviewing members of their far-flung family. These women continued to document all their findings with each other through the years.  Best of all,  Almeda gladly shared those findings and observations with me.  The story they told finally filled in some of the blanks of a  man's life which had been hidden for many years from his "first family".

Actually the new story began when William's tenure as husband and father of three children and another (Hiram) on the way, ended in 1832.  It's useless to speculate at this point what led to the divorce. Suffice it to say the official  record was recorded in Lawrence County, Kentucky in the Annotated Circuit Court records as follows:

Two years later he married Mary Cooper in Greenup County, Kentucky with whom he raised ten children, including a boy born two months before their marriage and carrying his mother's maiden name.

William obviously settled down when, on April 7, 1847,  he was ordained and granted a license to preach as an Exhorter by order of the Anberry Grove Clap Cravansville Circuit of Missouri Conference in the Methodist Episcopal Church South which had split off from the Methodist church over the issue of slavery.  A license to serve as Exhorter had to be signed by the “Preacher in Charge” and required that the Exhorter "hold meetings for prayer and exhortation whenever opportunity is afforded, attend all sessions of the quarterly conference, be subject to an annual examination of character and a renewal of license annually”.  His license was authorized “so long as his conduct shall comport with the gospel of Jesus Christ.” There is no confirmation that William's license was either renewed or revoked after 1847. 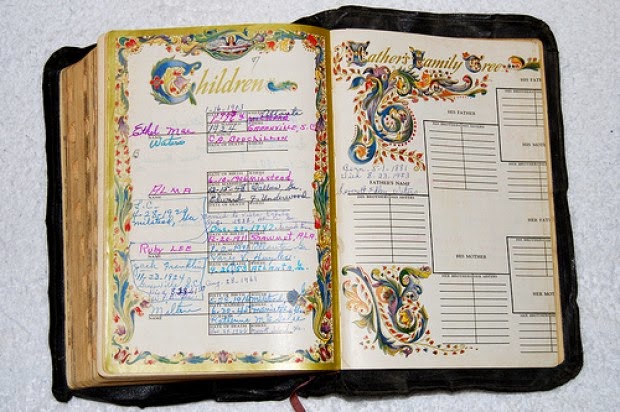 One of the treasures Margaret found came through a man who had seen and copied by hand entries made by William Smith Dickerson into a family Bible which was too old and frail to be photocopied for fear of damage. The following notes had been written in the Bible but not dated:

"When my daughter led (sic) sick, I prayed to God three days at every opertunity (sic) for her Releaf (sic). The third day at night she got better. Next morning I went out as usal (sic) and Bowed down and give God the thanks. As I returned back I heard a voice saying "William, William, William". Said "hear (sic) am I." It said 'go back, go back, go back and give up your daughter for God almihty (sic) knows what is best'. By the help of God I dun(sic) so and she died within three or 4 hours afterwards. This I am willing to be qualified to at any minet (sic). Wm. S. Dickerson”

Also written in the Bible was his birth date and the date of his second marriage, as well as the birth and death dates of all of his children from both marriages.  However, information about his place of birth, parents, the name of his first wife and date of that marriage was neatly cut out of the Bible.  Although the "second family" children stated that he hadn't shared much about his previous life with them, it does make you wonder who cut that information out of the Bible (surely not the person who wrote it in the first place).

But this item was added into the Bible by a different hand:


"Wm. S. Dickerson joined the southern army, 4th Missouri Regiment as an Exhorter and soldier. Died of cholera on his way home 22 Dec. 1861”.


The legend carried down through the years is that on the way home after  his term of service as chaplain to members of his congregation had been completed, he became ill, stopped off at a farmhouse because he had become too ill to travel, and died there of cholera at 60 years of age.   His grave was never found. 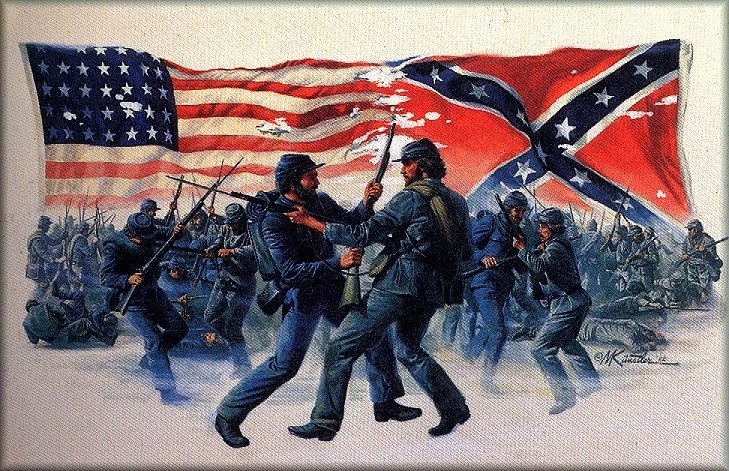 It is interesting to note that during those war years, the Dickersons were a divided family in loyalties. Both William and his son from his first family, Hiram, served the cause of the war on the Confederate side, while a son from his second family, William Wiley Dickerson, became a private in Company B of the 23rd Regiment in Missouri on the Union side three years after his father's death.

Both sons survived the war and lived out their lives with their families.

Zachariah Callaway - A soldier and a mountain man

The Callaway family arrived in America in 1682 and became  plantation owners specializing in growing tobacco.  Although Zachariah is believed to have been born in Delaware, he and his wife, Ellender (aka Eleanor) Boyd, were married in Virginia, lived in Maryland, and died in the mountains of Monroe County, Virginia near Peterstown  (now West Virginia).  Life was hard and money was always tight for Zachariah and Ellender who, by 1776, had three children.

There is an unsubstantiated family tale passed down through the generations about two brothers (believed to have been Zachariah and Isaiah Callaway).   According to this story, in 1776 the older brother,  Isaiah, was able to convince Zachariah to enlist with him because the pay was good and dependable.

Then, after succeeding in getting Zachariah to enlist, Isaiah smoothly talked himself into a cushy position on staff and became highly successful in establishing himself as a friend and confidant among the military officers and their families.  At the same time, however, his kid brother was assigned to guard the ammunition magazine filled with gunpowder, thus putting him into a constant state of anxiety about being blown up - a fear which consumed him for the rest of his life.

According to his 1777 militia pay stub, in July 1776  Zachariah had volunteered to participate in the “Cherokee Expedition”  against the Cherokee tribes living in Georgia, South Carolina and Virginia. These tribes were strongly allied to Great Britain, and encouraged to wreak havoc among the Southern colonies.  In retaliation, the main force of 1,800 Virginia volunteers marched southwest, passing through the northern Cherokee border, while Georgians attacked north through the southern border of the Cherokee lands. At the same time, the North Carolina militia joined up with the South Carolina militia which aimed at the central heart of the Cherokee lands. 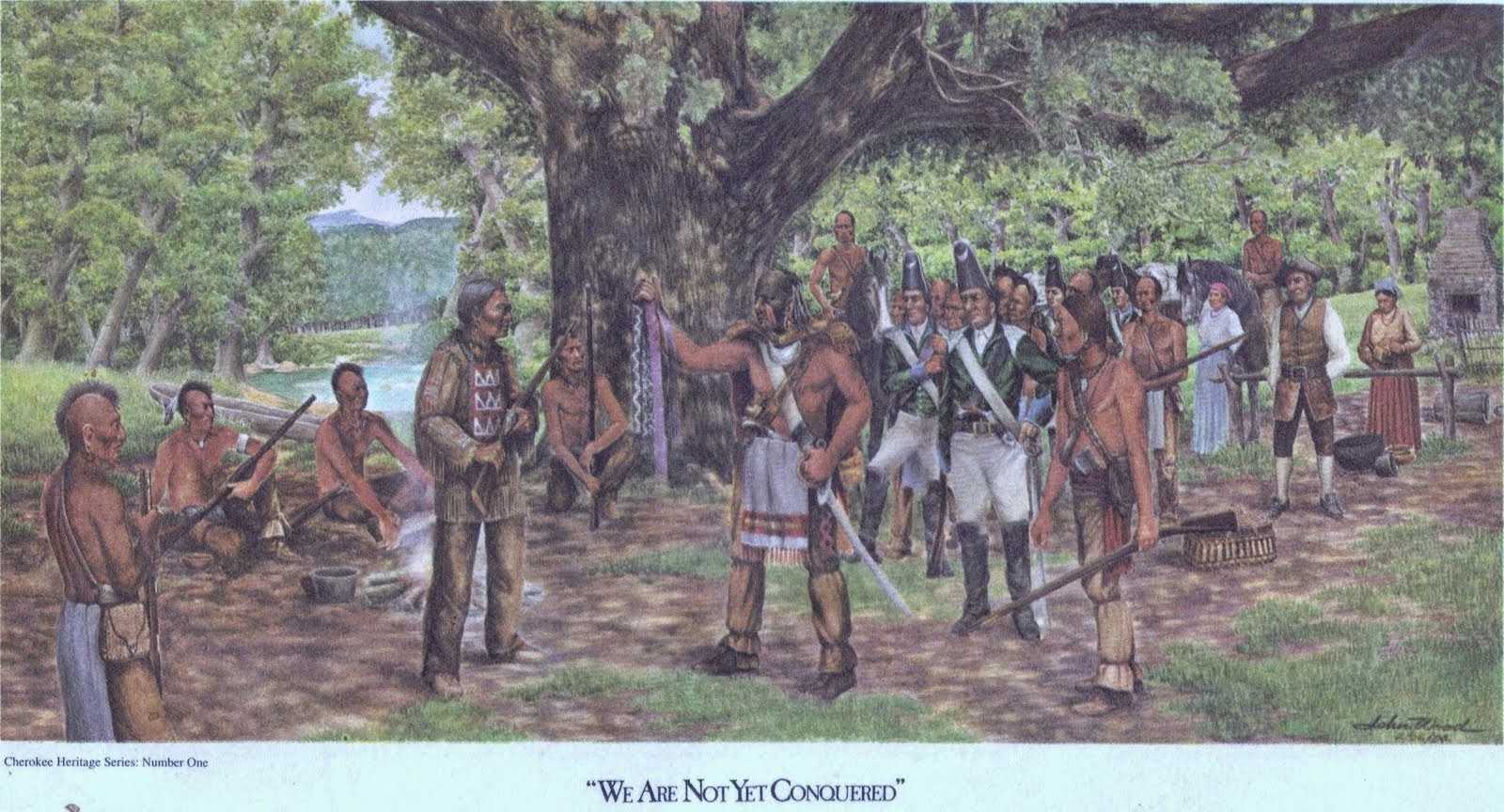 It wasn't long before the Cherokee became divided on their plan of action, and soon the elders and majority of the nation sought peace terms from the colonials.  From that point on, the expedition met little resistance as it marched into the heart of Cherokee lands in what is now Tennessee where their energies were devoted to rebuilding abandoned forts on the former Cherokee land, in order to establish a long term presence in the territory. However, even after the agreement was reached, a rogue faction of Indians, composed mostly of younger men, continued  to raid the colonials and then quickly flee.

Zachariah's official job title  was "armourer" and "assistant", meaning that he was responsible for maintaining and repairing small arms and weapons; and from 1777 to 1783 Zachariah served in Valentine White's Second Battalion of Augusta County, VA.  The fact that Zachariah was an armourer is especially interesting in light of his intense fear that he could be blown up someday by gunpowder.

Official records show that upon resigning from active service, he was paid 20.10. pounds for his service, plus reimbursement for "two gun locks" (similar to the one shown). He was also granted bounty land on Peters Mountain, a 52-mile long mountain in the Allegheny Ridge, the longest mountain in the New River area of West Virginia.  History tells us that until his death, Zachariah lived and died in a sturdy "blockhouse" (such as the one showed below) on Trigger Run which could not be easily destroyed by fire or explosions. 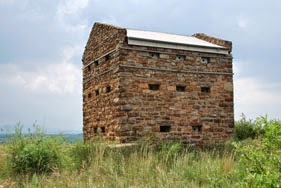 Zachariah's life was not always very laudable, but definitely interesting. For instance, on June 18, 1777, while under the command of Colonel William Meade in New London, VA,  27 year old Zachariah was a part of a mob which tarred and feathered a loyalist named John Hook.

There is also the story that Zachariah had always believed in the honesty of his slaves and had stipulated in his will that upon his death that they were to be freed and provided for.  He simply would not believe his family members when they told him that his slaves were stealing from him.  Finally, in frustration, Zachariah's son lifted his dying 67 year old  father up so he could look out the window, where he saw his old slave walking out of the smoke house with a ham on his shoulder.  It was reported that after seeing what he thought was a betrayal,   Zachariah immediately called for his will and tore it up!  That is the legend - but his published will did not mention disposition of his slaves upon his death.  Perhaps he did free them before he died after all!


On the heroic side, he served valiantly for seven years fighting for our country in its early struggle for independence.  In addition there is no doubt  that he and his wife, Ellender, raised their 10 children to make a deep impact on their country and the generations which followed them.

In 2009, one of those descendants, Edward Stapleton, discovered in the middle of a farm field the small hidden Callaway Cemetery where Zachariah and Ellender had been buried.  The project to clean up the cemetery and restore the graves of their ancestors was then taken on by numerous members of the extended family.  Even the Veteran's Administration responded to the family's request to provide a new engraved headstone in order to honor Zachariah's service during the Revolution.  As all this work was progressing, a startling discovery was made. They found Zacheriah's original headstone lying face down - dirty but intact. It was carefully cleaned and re-set next to the new  headstone provided by the Veteran's Administration.  Both of them still stand today next to an American flag and a "Sons of the American Revolution" emblem.