"We waited long for Billie boy, our happy home to bless.
He brought to us an untold joy and love and thoughtfulness.
He was a sweet and handsome child, brown eyes and wavy hair.
He'd wave to us and always smile from playpen or high chair.
A few short years, it seemed to be when he was off to school.
He was happy and full of glee, he knew the Golden Rule.
From grade school to high school Bill went, in grades he did excel.
His hopes and dreams were to present world news - and do it well.
So many dangers he endured, his work was in demand.
Accurate reports were now assured when Bill was in command.
We found in him a man well known, one who was loved by all.
His love for country he has shown until the last roll call.
We bid farewell to one we love, but God will love him more.
Until we meet with him above on a bright and peaceful shore."

He was much too young to die -  only 37 years old when his present destroyed his future.  The disaster happened in the slums of Nicaragua's capital city - far from his wife, Myrna, family and many friends.

Like many of the Dickersons, Bill and his younger sister, Barbara, were born and raised in West Virginia.  According to his great aunt, Queen Dickerson Franklin, who had often cared for the two Stewart children, both were delightful, and she loved them dearly (as shown in her poem above).

Until Bill graduated from Ohio State University, he was actively involved in the school's Student Senate and the Sphinx Honorary Society (the oldest honorary society on the University campus which dated back to 1907).  On the lighter side, he also joined the Alpha Tau Omega Fraternity (which describes itself as "America's Leadership & Development Fraternity dedicated to growing its members and improving the Columbus,Ohio. community"). 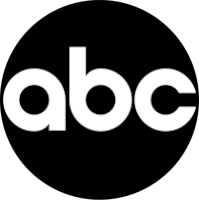 After completing his graduate studies at Columbia, Bill began to build his career and reputation in the television industry; soon transitioning from stations in Minneapolis to Philadelphia and finally New York in 1976, where he earned the title of national correspondent for the ABC News Network. 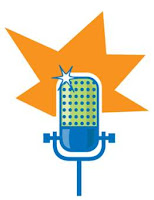 During his first three years with ABC, he sharpened his skills and built his reputation as a very capable investigative reporter who had thoroughly covered some of the big stories of the day.  One of the biggest occurred in early 1979 when Bill was on assignment in Iran and was one of the first to broadcast the news of the Shah's ouster from his inherited position.

There was barely enough time to unpack his bags and get re-acquainted with Myrna before he was given another assignment - this time in one of the hot spots in South America - Nicaragua,   where he was assigned to interview government soldiers fighting against the rebel force known as the "Front for National Liberation" (FSLN), or "Sandinistas".

Upon arriving in Nicaragua on June 10, 1979, he had to work his way through the country's bureaucracy to get their approval for his mission, while assembling a crew made up of the driver/interpreter  (Juan Francisco Espinosa), sound man (James Cefalo of Miami), and cameraman (Jack Clark of Ft. Lauderdale).  In addition, a van had to be found which would be large enough to carry the 4 men, their equipment and supplies around the country.

It was not a welcoming environment!  Shortly before they were to start their journey, the official government newspaper, Novedades, had run an editorial describing foreign journalists as "part of the vast network of communist propaganda".

Finally, on June 20, after their clearly marked van was loaded and necessary permits had been issued, Bill and his crew started on what they believed was going to be a fairly routine journey.


However, before even getting through the eastern slums on the

outskirts of Managua, the van was forced to stop at a roadblock by the Nicaraguan Guardia (aka Guardia Nacional, or National Guard).  At that point, Bill was probably more annoyed than worried. After all, he and his staff were carrying official press credentials authorized by the office of the Nicaraguan President and they had no weapons.

So, upon being ordered out of the van, Bill 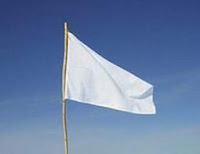 and his 26-year-old interpreter calmly walked toward the barricade with their press identification cards in their upraised hands, a smile on their faces and waving a large white flag.

As they approached the guards, the interpreter repeated over and over that they had been given permission by the government to travel around the country and interview some of the soldiers.  But these men didn't accept their explanation and things became very serious - and scary - very quickly.  With no provocation, the interpreter, Juan, was pulled behind the van and killed.  It's believed that Bill didn't know Juan's fate because he was trying to get the soldiers to understand why they were there and that they were no threat.

Even without his interpreter, it was obvious that Bill was expected to kneel and then lie face down on the ground with his hands above his head.  Although continuing to protest (perhaps in broken Spanish) that he was simply a reporter doing his job, he did as ordered.  His explanation was not accepted!  First he was kicked hard in the ribs and then shot in the head. He died instantly. One of the crewmen later testified that he had heard one of the soldiers say "I'm sure he's no journalist. He's a dog."

Strangely, the assassins seem to have forgotten or ignored the men in the van who kept the camera rolling the whole time.  After remembering they were there, the soldiers checked the i.d.s of the obviously terrified men and politely asked if they wanted to take the bodies back to their hotel.  Of course they did!

After the van did a u-turn and headed back to the hotel with its shocking cargo, it didn't take long for the soldiers to finally come to their senses (too late), and realize how much trouble they were in. Some of the more senior soldiers even started creating an alibi saying that a Sandinista sniper had sneaked up on them and shot the two newsmen.  They only had one problem with that bright idea - and that one was huge - Jack Clark and his camera!!

After the footage recording the murders had been seen at ABC,  an Air Force C-130 was dispatched to transport Bill's body to Panama where it was then  transferred to a plane sent by ABC to take  him to Ashland, Kentucky.

The shocking pictures and story spread like wildfire, thanks to ABC, NBC and CBS which not only ran the footage in their evening news broadcasts, but  repeatedly re-broadcast the clip through the days that followed.  As a result, millions of viewers worldwide reacted with shock and outrage towards the Somoza regime and all TV networks except CBS (which left a single correspondent to cover the conflict) withdrew their personnel from the country. (actual television report: Cronkite broadcast )

In an attempt to tamp down the firestorm of anger, the Nicaraguan National Guard reported that they had arrested Corporal Lorenzo Brenes, the commander of the roadblock.  But the corporal immediately  put the blame on a private supposedly named “Pedro” who he claimed told him that he had killed Stewart "because he tried to run away".  The corporal also testified that before Pedro could be officially interviewed, he  had been killed in combat that very same day. This, of course, elicited audible reactions of disbelief from the international press corps and the world at large!

The ultimate fate of the other Guardia soldiers responsible for the killings of Stewart and Espinoza was never known because of the chaotic demise of the government's military regime after Somoza fled to Miami July 17 - less than a month after Bill's death.

So great was the emotional upheaval that President Jimmy Carter issued the following statement describing the murder as "an act of barbarism that all civilized people condemn." and went on to say:

"The murder of American newsman Bill Stewart in Nicaragua was an act of barbarism that all civilized people condemn. Journalists seeking to report the news and inform the public are soldiers in no nation's army. When. they are made innocent victims of violence and war, all people who cherish the truth and believe in free debate pay a terrible price.
I know the American people share my sense of outrage and loss at the death of this gifted, dedicated young man. On behalf of all Americans, I want to express my deepest sympathy to Bill Stewart's wife and family for their suffering and loss."


A fact not usually known by the public is that most reporters who are  being sent out on potentially dangerous foreign assignments are expected to make arrangements for their own funeral - just in case.  In keeping with that policy, Bill and his wife, Myrna had traveled to Ashland, Kentucky just before he left for Iran.

During that trip he chose the funeral home and made arrangements to be entombed in the same mausoleum as his mother-in-law. He also took the time to talk in depth with some of his oldest friends, one of whom was the pastor of his church who Bill asked to lead the funeral service.  During their conversation, Bill  shared that he knew he was going on a dangerous assignment and that he had never been afraid before.  He asked that both the pastor and his congregation pray for him. One can only feel deep sympathy for Myrna Stewart who had to bury both her mother and husband within a few months of each other. 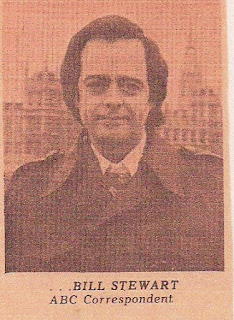 His funeral was attended by over 300 people, including  not only his family and friends, but well-known names in the television industry and government officials.  During that time, his wife was heard to say that just by carrying out the plans made by her husband "helped her, as well as all of us, through a very trying time." 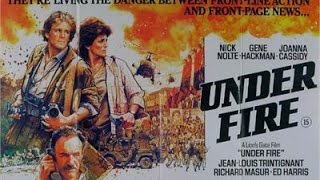 But the story of Bill's life and death still had another chapter:  A fictional version of his murder was told in the 1983 film, "Under Fire" starring Gene Hackman, Nick Nolte and Joanna Cassidy which is an amalgmation of his life and career as a journalist and war correspondent.  As in Bill's case, the images are shown around the world, and the public outcry signals the end for the embattled Somoza dictatorship.


Special thanks to my sister, Susan, who raided her scrap book and  shared several newspaper articles she had saved about Bill's life and death, as well as the poem written by our grandmother, Queen Franklin..
Posted by Unknown at 8:30 AM No comments: Links to this post