Robert Faries (Farries,Faris, Ferris) - A man of many names

By any definition, Robert was a Scots-Irish man, thanks to his ancestors who had migrated from Dumfries, Scotland to Ballymena in Antrim County, Ireland.  It was there that the story began for both Robert and the Adairs featured in earlier posts.

Like a number of his friends and family members, Robert had no intention of settling in Antrim for life, especially after hearing about the possibilities existing for ambitious young men in the New World.  However, there was a large obstacle standing between him and his dreams: money! 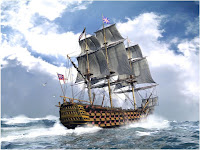 The answer to his dilemma came when he learned that the captain of one of the ships in the harbor  was recruiting people willing to sell themselves to Americans for a defined period of time.  In return, their fares would be paid and, at the end of the contract, they would receive a small stipend and some land of their own. Despite  legitimate concerns he might have had about the character of the man who would hold his life in his hands for five to seven years, Robert knew he was strong and healthy, and convinced himself that the reward would be worth  the cost. 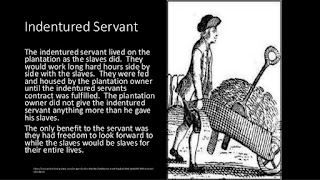 After hearing the captain's “spiel” and taking him at his word, he sold himself to William Smith of New Castle, Delaware for "a period not to exceed 7 years". What probably helped to sweeten the deal was knowing that close family members already lived in Delaware. And typical of a 19 or 20 year old, he was confident he'd be able to handle whatever challenges that might come along.

But those dreams were soon shattered!  Although nothing has been written about the hardships he endured as a slave, it is obvious that life was not at all as promised by the ship's captain and, in fact, it eventually became so painful that a weakened and fearful Robert was forced to run away from Mr. Smith's plantation and go into hiding. 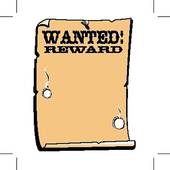 However, his angry owner was determined to recover his valuable asset and make him pay dearly for his desertion!  On December 5, 1754, a wanted ad was posted in the “Pennsylvania Gazette” asking for information leading to the return of 20 year old Robert Faries, a "servant, convict or apprentice” who had run away on a Sunday 11 days before.  An award of 1.5 pounds (a lot of money at the time) was offered. There is no record of whether-or-not he was caught and had to finish out his obligation. It seems possible, however, that he would have received help from the Farries and/or Adair families living in Delaware until he could make his way further south.

Little is known about Robert's life during the next 20 years other than:

There were two Robert Farises listed as participants in the  Roster of South Carolina Patriots in the American Revolution   Both served their adopted country honorably and well.

The first Robert Faris listed in the "Roster" held the position as  commissary from 1779 through 1783 and, in that role, was responsible for supplying much needed food supplies such as flour and bacon to the militia. 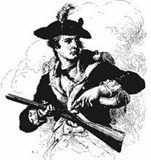 The second Robert Faris, whose service was described in much greater detail in The American Revolution in South Carolina - Captain Robert Faris, served as  Captain in both the First Spartan Regiment from 1775 to 1777 and - after it was dismantled - the Second Spartan Regiment from 1777 to 1781.  These regiments were composed of men from the "upcountry", or northwest corner, of South Carolina.

Their first official action, "The Snow Campaign", was given that title because of the heavy snowfall which complicated the fighting in the later stages of the battle.  This was actually the first major military operation to take place in the southern colonies, with about 3,000 patriots marching against the loyalist recruiting centers which had sprung up in South Carolina.

More than 50 battles and skirmishes were fought by these two  regiments which included "King Mountain", "Cowpens", "The Siege of Charleston" and the “Great Cane Brake” (which took place while a truce was being negotiated between the militia and the loyalists). 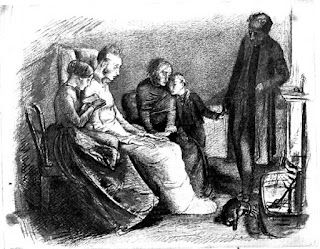 Twenty years after the horrific war finally ended, 69 year old Robert Farries dictated his wishes and signed his Last Will and Testament on June 16, 1803, which granted a specific award to each of his children and gave  his wife, Hannah, possession of the plantation in which to live until she either died or re-married, in which case it would pass to their son, John.

No - it's not your imagination or careless spelling of Robert's last name on my part!  Actually it seems the name has endured many changes over the years - sometimes even in the same document. The reason might have simply depended on who was writing it at the time.  Whether the differences were due to illiteracy or simply an attempt to spell it the way it sounded no one knows. But there is no question that it can be confusing to see the name spelled Farries at the beginning and the end of Robert's life, while, as a "runaway servant", he was Robert Faries and Robert Faris as a participant in the Revolution.  This confusion was even evident in his will.  Hundreds of years later it seems the accepted spelling is Farris - or maybe Ferris.

Read more »
Posted by Unknown at 10:27 AM No comments: Links to this post